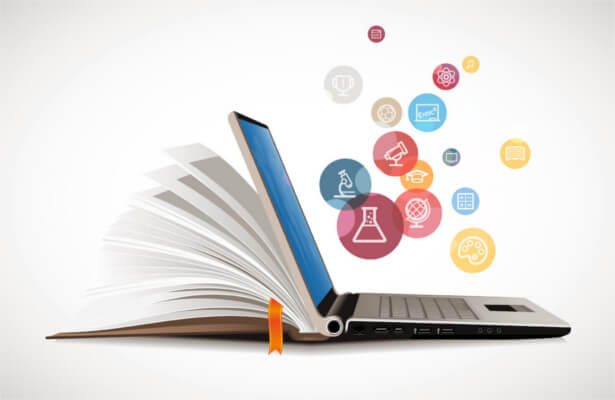 Not often does it fall to individuals to be a part of history in the making. For the few who are given that privilege, its true value can only be estimated only in hindsight. More than 150 years ago in a garden at Badasht, Tahireh – Iranian poet and revolutionary – renounced her veil and before the stunned participants announced through the power of this deed a new age in the cause of women. Four years later, at the moment of her execution, she cried “You can kill me as soon as you like but you cannot stop the emancipation of women”.

One and a half centuries later, and a decade into a new millennium, I pause to remember Tahireh, and all those men and women since, who have kept the flame of her cause burning brightly down all the years and passed this torch on to our generation here today; another people, another land, another century. In my mind they remain with us, and will continue to inspire and guide us just as we too must inspire and guide the generations still to come.

The Connection Between Education and Emancipation
In the globally disseminated statement “The Promise of World Peace” the Universal House of Justice describes the important connection between education and discrimination, stating “…ignorance is indisputably the principal reason…for the perpetuation of prejudice.”

More and more we realise that if we are to change the cruel, destructive ways in which human beings treat one another, we must first change the way they think, and the things they value. Highlighting the supreme urgency of re-educating the souls and minds of humanity, H. G. Wells said “Human history becomes more and more a race between education and catastrophe.”

A crucial aspect of this education which is necessary if we are to avert catastrophe and bring balance to the present state of disequilibrium, and which will eventually contribute to a new definition of humanity, is the process which some have called the ‘feminisation’ of the planet.

“The world in the past has been ruled by force and man has dominated over woman by reason of his more forceful and aggressive qualities both of body and mind. But the scales are already shifting, force is losing its weight, and mental alertness, intuition and the spiritual qualities of love and service, in which woman is strong, are gaining ascendancy. Hence the new age will be an age less masculine and more permeated with the feminine ideals, or, to speak more exactly, will be an age in which the masculine and feminine elements of civilisation will be more properly balanced.”

The first entry in Collins Dictionary defining the word education is ” the act or process of acquiring knowledge…”. This broad definition vastly extends the sphere of education beyond that limited and formalised type of education provided by the state school system. Clearly ‘the act or process by which we acquire knowledge’ takes place on many levels. One purpose of this paper is to identify some of the primary ways in which we have acquired our present beliefs about the role and value of the sexes, and to suggest positive directions for future educational change.

True Education Creates Enduring Change
The real value of education lies in how it permanently changes our behaviour and our thoughts. Professor B. F. Skinner offers this definition; “Education is what survives when what has been learnt has been forgotten.” People can learn to behave in outwardly politically correct ways, but the real challenge is to so internalise new values that they become an inseparable part of the individual. This is what Baha’u’llah asks of us when He calls for us to become “a new race of men.” Steven Covey, author of “7 Habits of Highly Effective People” says “What we are communicates far more eloquently than anything we say or do.” How you behave in your day-to-day life is a truer indication of your inner beliefs than are the words you speak. For this reason we need to focus upon our deeds rather than our words. Baha’u’llah says “The reality of man is his thought, not his material body”. In seeking to promote the advancement of women, we need to retrain thoughts, attitudes, beliefs and values. We need to do this for ourselves as individuals, but we also seek to influence others at every level of our personal and collective lives.

A popular catch cry of feminism has been the statement that “The personal is political”. “The Promise of World Peace” describes how personal attitudes do indeed have political and international consequences, stating that denial of equality “promotes…harmful attitudes and habits that are carried from the family to the workplace, to political life, and ultimately to international relations.”

An earlier quotation from ‘The Promise’ described how inequality promotes harmful attitudes and habits which men carry with them into all spheres of life. It continues by saying “Only as women are welcomed into full partnership in all fields of human endeavour will the moral and psychological climate be created in which international peace can emerge” and in the subsequent paragraph states “…it is through educated mothers that the benefits of knowledge can be most effectively and rapidly diffused throughout society.”

Here then are two key factors in the education and feminisation of our society;
* the education of women which will enable them to participate equally in all fields of human endeavour and in doing so become in themselves a source of education; a ‘feminising influence’ to others
* the crucial role played by women in the education of the coming generation

The Education of Men is Crucial to True Equality
It is impossible to consider the issue of the advancement of women as belonging to women alone. In fact the Universal House of Justice states it is an issue that men too must own;
“It is important to acknowledge that the wellbeing and advancement of men is impossible as long as women remain disadvantaged. Men can not be happy whilst women are oppressed, and neither can they hope to remain unaffected by the changes women are making for themselves. The growth and development of women needs to be balanced by complementary growth and development on the part of men.”

“Contemporary man is lost… damaged by a childhood lack of contact with a strong male figure to initiate him into manhood. He has become a “soft’ or naive’ male, who, by rejecting the aggressive and obnoxious male traits that he has been taught women dislike, has also abandoned the forceful and heroic aspects of masculinity, to the detriment of society.”

Christchurch psychotherapist Paul Baakman bluntly observed “No wonder when boys grow up they can’t talk with other men, they’ve never learnt to talk with their bloody fathers.”

The N.Z. Dominion newspaper carried a report of an 11-country study of parental involvement with children. The study reported that “Preschoolers worldwide are alone with their fathers on average less than one waking hour a day…”. In their survey of the routines of four-year-olds, researchers found young children were rarely in the sole care of their fathers, regardless of the culture, and the article quoted an editor of the study as saying that “It certainly indicates that the rhetoric of equality and the male taking his share of the responsibility for child-rearing is a lot of talk but certainly not a lot of action.”

Sandra Coney writing in the N.Z. Sunday Star Times (22.1.95) describes how faulty perception of male roles in society creates negative behaviour patterns which may have contributed to that country having the world’s highest youth suicide rate, reporting;

“Research by the Alcohol and Public Health Research Unit at Auckland University found low self esteem was the dominant characteristic of today’s young men.

The men’s peer group was their principle source of belonging, support and acceptance. The group’s solidarity was reinforced by drunken, foolish exploits which won approval and became part of the lore of the group.

Women threatened the young men and the cohesion of the group. They represented commitment, responsibility and the possibility of rejection. The men protected themselves from this by being hostile and offensive around women.

The cultural context we provide for young men is all wrong. We expect, even tolerate their antisocial behaviour. Fathers provide poor role models as husbands and fail to develop emotionally close relationships with their boys.”

And, as final evidence of the faulty role modelling of males in Western society, let’s not forget comedian Rod Dangerfield who also suffered from low self esteem as a child, and complained; “Once I told my father, ‘Nobody likes me’. He said, ‘Don’t say that – everybody hasn’t met you yet.” ”

The need to develop positive sex roles is common to both men and women, and presents an important challenge for our communities in order to heal past sufferings and bring about personal transformation, through identifying and developing strong options for the future. As Elizabeth Kubler Ross said; “I’m not OK, you’re not OK, but that’s OK”.

‘Abdu’l-Baha emphasises that the equality of men and women presents issues which will negatively affect us all until they are resolved;

“Until the equality between men and women is established and attained, the highest social development of mankind is not possible….Until woman and man recognise and realise equality, social and political progress will not be possible.”

Supporting the advancement of women is clearly in the interests of men, on many levels. Because women are the first and most influential trainers of sons, their development will in turn enrich men, who will be better educated from the earliest years at the hands of proficient mothers. When fully one half of the world’s human resources, lying largely untapped in the hearts and minds of women, are released and developed, the potential for global transformation on every level is profound. Therefore, in view of the eventual advantages to both males and females, it is easy to see why Abdu’l-Baha states “The woman is indeed of the greater importance to the race. She has the greater burden and the greater work…” ‘

New Concepts of Power
Many people have felt the need to coin new terms for the advancement of women that are not burdened with the negative associations many now attach to the word ‘feminism’. The term ‘feminisation’ has already been mentioned. Another phrase used by Maori in New Zealand-“mana wahine”-refers to a recognition of the rights of a woman to participate in all aspects of society. Until recently there have been clear distinctions between politically feminist and more spiritually-inspired thought. Feminism has focussed strongly on the achievement of equality through the acquisition of power by women. The spiritually-inspired ideal seeks power too, but in a different context. The development of a more balanced view was expressed in the opening address at the 1985 Nairobi Conference on Women by the Conference Secretary-General who commented.

Putting Up Your Apartment For Sale