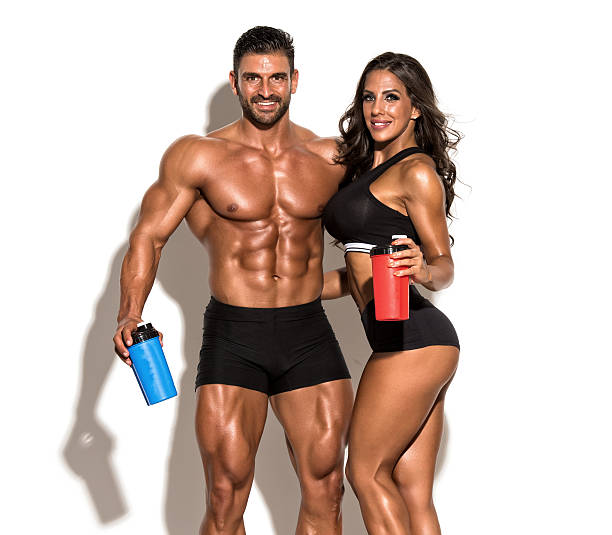 Vitamin A and Beta Carotene – What, How, When, Why to Supplement

Biochemistry: Vitamin A is a fat-soluble vitamin. Vitamin A is a collective term for retinal, retinol, retinoic acid, and b-carotene. The vitamin A in foods of animal origin, such as eggs, milk, butter, and liver, occurs largely in the form of retinyl esters. A retinyl ester is a molecule of retinol esterified with a molecule of a fatty acid, such as palmitic acid. The fatty acid is bound to the hydroxyl group of retinol. Plants do not contain vitamin A; however, some plants are rich sources of pre-vitamin A. Pre-vitamin A takes the form of a family of compounds called the carotenoids. More than 500 carotenoids occur in nature, though only about 50 of them can be used as precursors of vitamin A. The most important of these is all-trans-b-carotene. The prefix all-trans indicates that all of the double bonds are in the trans conformation rather than the cis conformation. Vegetables that are dark green, orange, and yellow are rich sources of the carotenoids. Other forms of pre-vitamin A are cryptoxanthine and a-carotene. Some carotenoids cannot be converted to vitamin A by mammals. These include lutein, lycopene, and canthaxanthine.

Vitamin A serves three classes of functions: support of epithelial cells (lungs and tracheal integrity), fetal growth and vitality of the testes, and utilization in the visual cycle. Dietary retinoic acid can support only the first function. Retinoic acid cannot be stored in the liver. Retinyl esters, retinol, and retinal are interconvertible. Retinal can be oxidized to form retinoic acid. All three functions of vitamin A can be supported by dietary retinyl esters, retinol, or retinal. Although these forms can be converted to retinoic acid, retinoic acid apparently cannot be reduced to form retinal. Dermatological problems like acne, psoriasis, Darier’s disease, and skin aging are effectively treated with retinoic acid and topical tretinoin.

Populations at risk: In the United States, patients suffering from chronic intestinal disease, malignancy, malaria, pneumonia, and anorexia nervosa are deficient in vitamin A. Requirement for this vitamin is increased in patients with appendectomy, burns, cirrhosis, and biliary obstruction. Stress can increase excretion. Zinc and protein deficiency can decrease transport. Premature infants and those suffering from cystic fibrosis and rheumatic fever are also at risk.

Signs and Symptoms of Deficiency: Night blindness is the earliest symptom.Severe vitamin A deficiency leads to xerophthalmia, which can result in corneal ulceration, Bitot’s spots, and blindness. Thickening of the bone, loss of lung elasticity, epithelial keratinization, impaired hearing, urinary calculi, and keratinization of salivary glands are also seen. In males, sperm production ceases. In females, fetuses are reabsorbed.

The hazards of excess vitamin A are well established with ingestion of excessive amounts of preformed vitamin A. Intake of 7,500-15,000 mg preformed retinal equivalents (RE) daily for periods of months to years can produce adverse effects including liver toxicity and possible birth defects. Prolonged daily consumption of <7,500 RE (<25,000 IU) is considered safe in the age group of 18-54. For the liver, it had to be taken for 6 years to become toxic. There has been one report of toxicity for doses in ranges as low as 1,500 – 3,000 mgm (5000-10,000IU), but these results were not reproducible and are contrary to the vast majority of the medical literature. There is no evidence that supplements of 3,000 mg RE (10,000 IU) are harmful to normal adults, including pregnant women and the elderly.

Hypervitaminosis: Early signs of chronic hypervitaminosis are reflected in the skin, which becomes dry and pruritic, the liver, which becomes enlarged and cirrhotic, and in the nervous system, where a rise in intracranial tension mimics the symptoms of a brain tumor. Hypervitaminosis in pregnancy may cause congenital malformations like precocious skeletal growth and transient hydrocephalus. Anorexia, vomiting, loss of hair, nystagmus, gingivitis, glossitis, lymph node enlargement, and delayed clotting time are other symptoms. Isotretinoin is teratogenic and is absolutely contra-indicated in women with childbearing potential unless they have unresponsive, disfiguring acne. Hyperlipidemia occurs with prolonged use of isotretinoin. Hypervitaminosis can lead to vitamin neurotoxic effects. Closely related to the neurological symptoms of hypervitaminosis are symptoms including headache, pseudotumor cerebri, and embryotoxic effects reported in patients given vitamin A analogs or retinoids. Because vitamin A and analogs enter the CNS better than most vitamins, and because retinoids have many effects on enzyme activity and gene expression, Vitamin A neurotoxicity is more likely than all other vitamins. Megadose vitamin therapy may cause injury that is confused with disease symptoms. A study showed that after 49 months of follow up, ingestion of retinol caused a 7% increase in alkaline phosphatase, 11% increase in triacylglycerol, 3% increase in cholesterol and 1% decrease in HDL. The participants were randomly assigned to receive retinol (7,576 retinol equivalents RE, or 25,000 IU) or a placebo daily. Because a 1% increase in cholesterol concentrations has been reported to be associated with a 2% increase in coronary artery disease risk, long term ingestion of 7,576 RE vitamin A should be considered with caution.

Consuming too much vitamin A could increase your risk of osteoporosis. Two studies showed that a daily vitamin A intake > 1.5 mg resulted in a 6% decrease in overall bone density and doubled the risk of hip fracture. Excess levels of this vitamin weaken bones by increasing its rate of resorption.

Vitamin A is essential for normal reproduction and development. Doses > 10,000 IU/d as supplements have been reported to cause malformations in a single epidemiologic study. Nonhuman primate data show no teratogenicity at doses of 30,000 IU/d. Because no in10sityfitnessunited study reports adverse effects of 10,000 IU/d preformed vitamin A supplements, and this dose is more than the Recommended Dietary Allowance during pregnancy (2670 IU or 800 RE/d), it is recommend that women living in industrialized countries or who otherwise have nutritionally adequate diets may not need to ingest more than the RDA of preformed vitamin A as supplements. If periconceptional vitamin A exposures to levels up to 30,000 IU/d (9,000 μg RE/d) do occur unintentionally, multiple animal studies do support only very low risk. Teratogenicity nor vitamin A toxicity has been observed in multiple species exposed to high doses of beta-carotene.

Elderly people who take vitamin A may be at increased risk for vitamin A overload. Greater fasting plasma retinyl esters were associated with long-term vitamin A supplement use (>5y) and biochemical evidence of liver damage. For supplemental vitamin intakes of 5,001-10,000 IU/d, elderly people showed a 2.5 fold increase in plasma retinyl esters over non-users, while there was a 1.5 fold increase for young adults.

Isozymes of alcohol and other dehydrogenases convert ethanol and retinol to their corresponding aldehydes in vitro. New pathways of retinol metabolism have been described in hepatic microsomes that involve, in part, cytochrome P450s. In view of these overlapping metabolic pathways, it is not surprising that multiple interactions between retinol, ethanol, and other drugs occur. Accordingly, prolonged use of alcohol, drugs, or both results not only in decreased dietary intake of retinoids and carotenoids, but also accelerates the breakdown of retinol through cross-induction of degradative enzymes. Depletion ensues with hepatic and extrahepatic pathology, including carcinogenesis and contribution to fetal defects. Correction of deficiency through vitamin A supplementation is recommended. It is complicated by the intrinsic hepatotoxicity of retinol, which is potentiated by concomitant alcohol consumption. Beta-carotene was considered innocuous until recently, when it was found to also interact with ethanol.The combination of beta-carotene with ethanol results in hepatotoxicity. Moreover, in smokers who also consume alcohol, beta-carotene supplementation promotes pulmonary cancer and possibly, cardiovascular complications. Thus, ethanol, while promoting a deficiency of vitamin A, also enhances its toxicity as well as that of beta-carotene. In drinkers this narrowing of the therapeutic window for retinol and beta-carotene must be taken into account when formulating treatments aimed at correcting vitamin A deficiency.

Vitamin A, as retinol or retinyl esters is used to treat deficient patients. The RDA for vitamin A is 1.0 mg of retinol or its equivalent. The international unit (IU) is used to compare the biological activities of various sources of vitamin A.